Hearing Mario describe how Goodnature’s App tracks the number of rats, stoats and mice each trap racks up, you wouldn’t guess Mario used to specialise in renewable energy.

These days, Mario is on a new environmental mission: reducing the number of pest animals damaging the ecosystems New Zealand’s native wildlife depends on.

When his wife Laura received a postdoctoral job offer from medical researchers at the Mallaghan Institute in Wellington in May 2017, Mario wasn’t so sure.

“The plan was actually Europe, somewhere with mountains. “We had to decide in one week. I said ‘No, no, Laura, it’s too far.’” When they looked more closely, the outdoorsy couple realised New Zealand ticked all the boxes. “We had to get rid of everything, just take the minimum, and in the end the minimum was a bike and skis. “There were seven kilos remaining, we put in clothes to top it up.”

Mario quickly set about looking for jobs. It was the first time he’d been a job seeker and he found it difficult and a little dispiriting. “You start asking yourself a lot of questions. There are a lot

of ups and downs.”

Fortunately, Mario found a notice about English Language Partners in an Immigration New Zealand newsletter for newcomers. “My English was probably okay, but I wasn’t that confident with it.”

Mario was eligible for English Language Partners’ Job Mentoring service, which meant he could take part in weekly meetings with other newcomers who were looking for jobs. Along with exchanging tips about applying for jobs, Mario said the group raised each other’s morale.

He also met a mentor, Sophie Low. As an engineer, Sophie understood the kinds of jobs Mario might be looking for. She also helped Mario find the precise vocabulary needed for formal job applications.

“With languages, when you reach a certain level, people will get the message so [they] just say ‘carry on’. My job mentor was the only one correcting me in that way.

“She was checking all my applications before I sent them.”

Sophie introduced Mario to networking, which can be a key job hunting method in a small country like New Zealand. “That was really enlightening.”

While volunteering for the Sustainability Trust, Mario attended a waste minimisation workshop which was a chance to test his new networking skills.

“They asked everyone to introduce themselves, and everyone was saying ‘I’m in this role, I work there’. I was like ‘What should I say?’ “I said, ‘I’m a job seeker, I’m trying to find a job’.

Then there was the networking space afterwards. Everyone came up to me, saying, ‘What are you doing? What do you want to do?’ “So it was very embarrassing, but then it was really useful.”

Sophie then introduced Mario to another friend who suggested Mario talk to Goodnature co-founder Craig Bond. Craig was looking for an engineer to help the team grow its production capability.

While waiting for board approval to create the new position, Mario continued his job hunt and learnt about Goodnature’s products by working on the production line in the Wellington suburb of Newtown.

By the time he got a job in the engineering team, Mario understood the business from the ground up. “I knew the people, it’s a good place to work. I really believe in the mission of providing technology to balance the ecosystem.”

Mario had the chance to write his own job description, with a little help from Sophie.

“Mario brought the technical and people skills we were looking for.”
Craig Bond, Good Nature co-founder

“His strong analytical and engineering background combined with his unflappable demeanor are a huge contribution to our business. “I can’t imagine our team without Mario. When Mario is involved, everything runs smoothly.”

Mario says his background as a scout leader in Catalonia has helped him adapt to Goodnature’s lean management approach. “It’s all about developing our own people. The guys on the floor they know everything, you just have to allow them to extract all this [knowledge].”

As Goodnature prepares to go global, Mario is giving back. He has become a job mentor himself.

“Job Mentoring has forced me out of my comfort zone again and that brings the biggest learning you can get!”

For more about job mentoring contact our Wellington centre: www.englishlanguage.org.nz/wellington 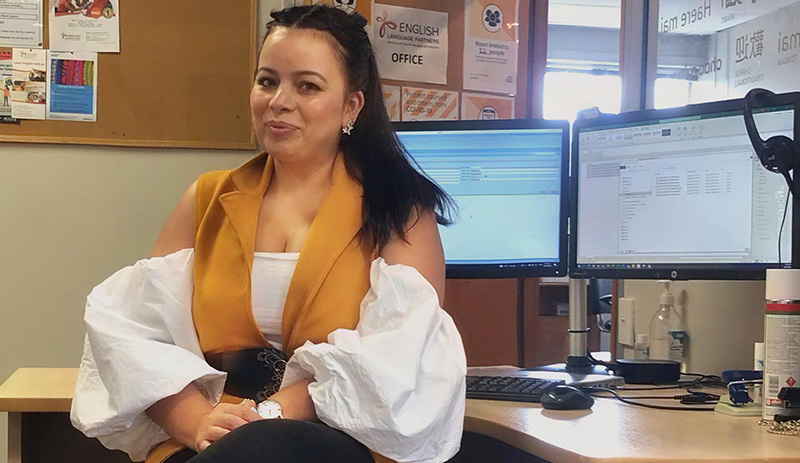 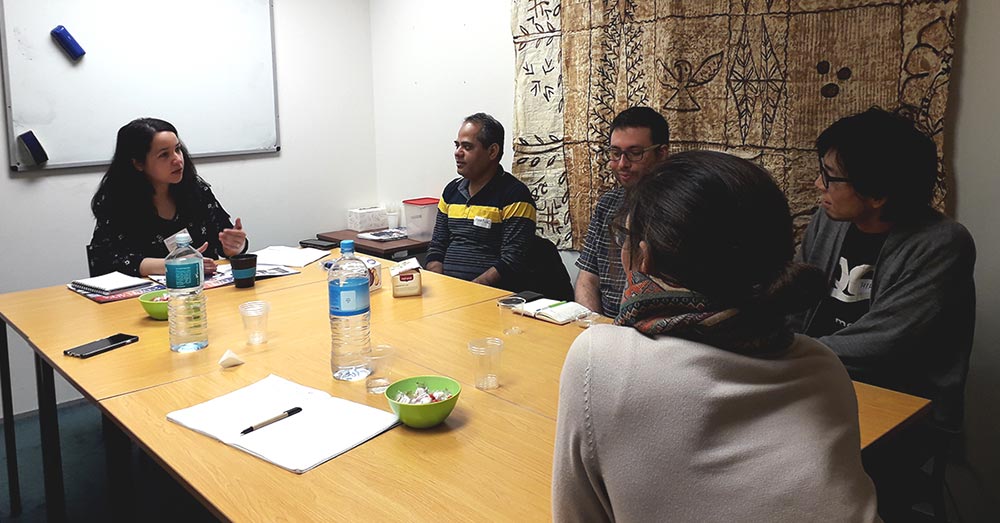