Following on from the our recent successful Department of Conservation workday, the Palmerston North ESOL Intensive class went on a field trip for Old Man’s Beard control near the Manawatu River.

This took place at Ahimate Reserve which was once the neglected Waitoetoe Park.  With a major facelift Ahimate Reserve is now treasured for its sense of wilderness and remoteness, yet it is less than 5 km from Palmerston North CBD.  This park connects people with the Manawatu river and is now very popular with cyclists, runners and dog walkers.

Before the trip, the students learned some conservation ideas and terminology such as man-made, natural, desirable, weed, smother, strangle and also discussed safety clothing and equipment, bees vs wasps, native birds, other insects, and so on.

On the day, learners wearing old clothes and closed shoes and also sunhats (but not carrying books) took a city bus or drove themselves to the site, and waited companionably under the trees for everyone to assemble.  Since it was quite cool in the shade, everyone began to feel chilly so they walked down to the newly-opened Dog Park and back to warm up, and then had an early, kiwi-style morning tea of cucumber sandwiches, banana cake, ginger crunch and afghans, but with healthy water to drink.

For most of the class, it was their first time tasting cucumber sandwiches, and they all declared them to be very tasty and nice. The cake had quite a lot of icing, so someone suggested as a

joke that everyone should sing Happy Birthday, and so they did, and some people driving past were laughing and enjoying the singing.  Overall learners agreed (in English) that a small amount of sweet food is fine, but too much is unhealthy and can make one feel a little sick.

When Tod and Georgia from Biodiversity Services arrived, they introduced themselves and shook hands with everyone, and this was great practice of kiwi introductions and small talk.  After a short walk, Tod gave instructions on the why and how of controlling the weed, using the learners’ beards to explain and also miming ‘strangle’ and ‘chop at waist level’ and handed out clippers and saws.  Then the learners spread out and set to work.  Time flew by and before anyone knew it, it was time to hand back the equipment, say thank you to Tod and Georgia, and catch the bus, walk, or ‘get a lift’ back to town and home.

Comments afterwards by the learners included:

“I felt very good after the exercise”

“It felt good to be helping”

“It was very nice in the forest, like my home country”

“We saw a morepork up high.”

“We talked with Tod”

“Please we want to go again next week”

This was a great opportunity to put conservation ideas into practice, and the morepork sighting was an unexpected bonus and gave concrete meaning to some newspaper articles read in class later in the week.  The whole class worked as a team, encouraged each other and ‘had a few laughs’ plus some practice of listening to instructions, chatting with kiwis in a work situation, giving feedback to each other, working in a team, and learning about practical conservation in New Zealand.

This is a great example of English learning in a fun, practical setting. An English Language Partners specialty! 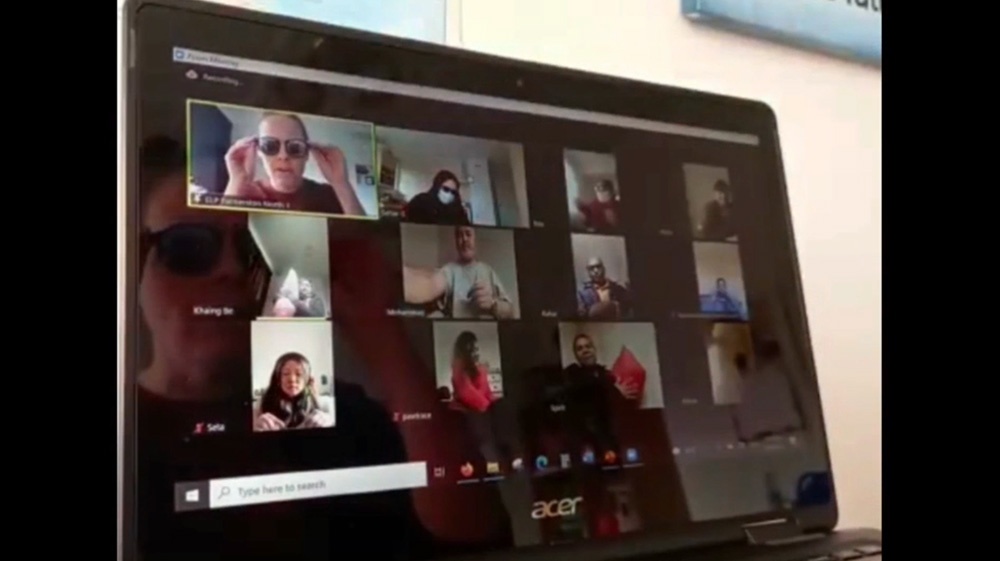